Paolo Martini is the managing partner and a director of Cobleys Solicitors Ltd. Paolo Martini has spent most of his near 30-year legal career with Cobleys and for over 15 years he has been a partner/director. For a quarter of a century Paolo Martini has been dealing with some of the most serious and complex cases and prosecutions around the country and you may well have read about some of these cases in the national press or heard them reported on national radio or seen them reported on the national news. Paolo Martini’s reputation is nationwide, him having represented clients in almost every town and city in the country.

Paolo Martini’s attention to detail and total support of his client means that he has a fiercely loyal client base around the country. Paolo Martini loves to study and prepare a case to the nth degree and always achieves his target of knowing the case better than anybody else in the courtroom. Knowledge is power. Cases have been won and lost on the finest of details.

Paolo Martini believes that everybody deserves a chance. There is always a reason why a person ends up in court. Everybody deserves professional representation irrespective of the charge and irrespective of the evidence. Any person who is forced through the criminal justice system should at the conclusion of the process, whether they are acquitted or convicted, at least be able to honestly say that they were treated fairly.

Paolo Martini truly believes in this country’s criminal justice system, but only when everybody involved in the process performs his or her function professionally and honestly and to the best of their ability. It truly pains Paolo Martini when he comes across people who have been treated unfairly or unprofessionally. Paolo Martini has forged a reputation for putting right the wrongs of others and has enjoyed many famous victories in the appeal courts.

“At the Vanguard of defending EncroChat prosecutions”

Since the very first arrests in Spring 2020, Paolo has been involved in representing defendants charged with conspiracy based on EncroChat evidence. Paolo Martini is at the vanguard of defending EncroChat prosecutions making Cobleys one of the foremost EncroChat and EncroPhone Legal Experts.
The 2 leading cases and authorities from the Court of Appeal on the matter of admissibility of evidence of EncroChat were Cobleys cases supervised by Paolo.

The leading case and authority from the Court of Appeal on the matter of admissibility of evidence of EncroChat was a Cobleys case supervised by Paolo. More recently Paolo is the supervising solicitor for another Cobleys case which is before Manchester Crown Court and which is currently going through the preparatory hearing process with a view to being determined at the Court of Appeal. You may know the case as Operation Estevan joined with Operation Embossed.

First Victory For The Defence In An EncroChat Prosecution

In April 2021, a legal argument submitted by Paolo Martini and his counsel was successful and as a consequence, the whole case was ruled a nullity, meaning that the case ended and all defendants walked free from the Crown Court.
Paolo is very proud of this victory and believes it to be the first victory for the defence in an EncroChat prosecution which has resulted in the collapse of the prosecution case and the release of both defendants.
Robert Pearce, and Joseph Drake, after being on remand in Altcourse HMP since December 2020, were released by Liverpool Crown Court on 16th April 2021.

“Paolo, a huge thank you to you and all your team at Cobleys. Your support and professionalism has given me my life back.”

“Paolo Martini and my barrister, the men that moved the earth and got us out on an Encro case. Keep up the good work and continue to fight this travesty of justice.”

The wife of Joseph Drake had this to say about Paolo:

“We cannot thank Paolo Martini enough, literally one in a million. He worked tirelessly and went above and beyond to give me my life back. A highly recommended professional who goes the extra mile and actually cares for his clients. Miracles do happen.”

Since the first EncroChat arrests Paolo has been working very closely with the barristers most involved in the fight against the admissibility of the EncroChat evidence. On an almost daily basis he speaks with Mr Rupert Bowers QC on the topic. This is what Rupert had to say:

“The current judgment of the Court of Appeal, which refused leave to appeal to the Supreme Court, is very unlikely to be the last word on the admissibility of the EncroChat evidence. The Court of Appeal adopted the facts as found by Mr Justice Dove who heard the evidence called in the preparatory hearing of that case.

One of the defendants (not my client) called an expert witness who made a concession on his then understanding of how the EncroChat system operated. That formed the factual backdrop to the Court of Appeal’s judgment.

I am closely involved with other ongoing cases which also have preparatory hearings before Mr Justice Dove. In those cases the defence have called no expert, but the prosecution have now called their own expert evidence.

This was not known at the time my case was heard. Mr Justice Dove has to find the facts as based on the evidence called in the case before him now. He can’t adopt the facts he found in my case. The Crown has also made far reaching disclosure since the Court of Appeal’s judgment.

It seems likely that Mr Justice Dove will reach different conclusions on the different evidence he is now hearing. The Court of Appeal would then need to revisit the same issues, but with different facts. This all means that there is the very real prospect of a different outcome. The situation is fluid and evolving day by day. It seems nothing is certain in this context at present.”

“I have to say that I do feel for all defendants charged with offences based on EncroChat evidence. The pressure that is on them from all sides to plead guilty must be massive and must be very difficult to cope with.

The Crown Courts are forever telling them that maximum credit is only available if they plead guilty at the first possible opportunity. Indeed defence solicitors are professionally obliged to tell our clients this before the plea hearing and this is what we do.

If you do not indicate your guilt at the Magistrates Court you run the risk of losing your third off. If you do not plead guilty at the PTPH at the Crown Court in a month’s time after the Magistrates Court hearing you are in danger of losing the chance of 25% credit. And all the while the client is under huge pressure because the allegations by definition are terribly serious and very long prison sentences will follow for those convicted.

I can understand the attraction of pleading guilty early on and the peace of mind that follows.

I have to say that as a lawyer I really struggle to accept that the data which is clearly missing in so many cases is as a result of the technology deleting it or not recording it properly. If the missing data was less than relevant then maybe I would be more prepared to accept this explanation. But in the case of Drake and Pearce for example the missing data was super important to the defence case. An explanation that a human being has excised the data is far more palatable for me.

My experience has proven to me that the police officer charged with this task always paints the very worst picture in the summary. Texts and communications that point to the defendant’s innocence or to a dilution of the seriousness of the allegations or a lesser involvement that what the police allege are almost always left out of the summaries. And the problem for the defendant and the defence solicitor is that the defendant is expected by the Crown Courts to enter a plea and decide a basis of plea based on these summaries prepared by the police officers. If the defendant demands to see the full data download (what is now commonly referred to as the raw data) the defendant has to delay his / her plea meaning that credit is being lost if ultimately the defendant is best advised to plead guilty. The Court of Appeal’s view is consistent which is that the defendant knows what the defendant has done and doesn’t need the evidence to tell the defendant whether the defendant should plead guilty or not. I respect this and as a defence practitioner it is the law and the direction to Crown Court judges on how to treat defendants who do not plead guilty at the first possible opportunity but instead who delay a plea until the full evidence has been served and studied.

I feel terribly sorry for people charged with Encrochat conspiracies because they are forced into a corner to enter a plea when they know but a fraction of the evidence against them in cases which by definition are so very serious and almost certainly will attract sentences in excess of 10 years.

There is what is likely to be the final challenge to Encrochat evidence to take place in the Investigatory Powers Tribunal later this year. This will be another landmark decision. Will it change anything? Maybe it will change nothing but simply support the previous decisions of the Court of Appeal. But maybe something new will be unearthed. Maybe the evidence will show that the Encrochat hack and obtaining of communications was unlawful. Maybe it is a long shot. Maybe it is unlikely. But at this stage it is impossible to say for certainty how the Investigatory Powers Tribunal will decide. And all the while defendants are appearing in Crown Courts up and down the country and being forced to enter a plea without the option of waiting for the Investigatory Powers Tribunal’s decision with all the consequences that follow.

Everybody involved in EncroChat prosecutions knows of the gaps in the evidence. And there will always be credit available to those who ultimately plead guilty. Surely judges have to have some sympathy for those defendants who delay their plea until we actually know for sure what the admissibility of this evidence will be?

Rupert’s comments above are fascinating. His opinion is one that I share. I have worked with Rupert for years and enjoy working with him. I admire his tenacity and his intellect is intimidating.”

Get in touch with Paolo Martini by email (p.martini@cobleys.com) or call today on 0151 242 9000 for his expert opinion on EncroChat and EncroPhone legal defence. 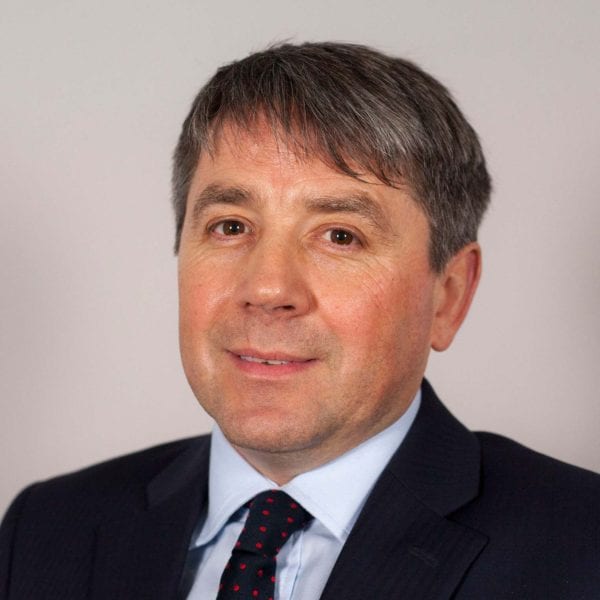